Speed limits are often difficult to adhere to when driving down long straight roads such as highways. However, police officers do not provide much wiggle room when it comes to respecting speed limits and their great hiding skills prevent us from noticing them until it’s too late. That’s where radar detectors come into play. Using a radar detector, you can quickly spot a police officer or state trooper that is pointing a radar gun in your direction.

While radar detectors are illegal in some states, most states allow drivers to use them in full legality. Radar detectors greatly range in price, making it an extremely overwhelming decision to make when shopping for one. You don’t want to opt for the cheapest one available, yet it may not be worth choosing the most experience radar detector either.

Finding the best radar detector requires you to compare many different features and perks. In the end, you can find incredibly great radar detectors at affordable prices. Fortunately, we have already done the research for you and present you with the top rated radar detectors currently available on the market.

Radar detectors are small devices that allow drivers to be alerted of the presence of a police radar gun. Not only does this allow you to avoid getting speeding tickets, but it also helps you to control your speed and abide by the law. Keep in mind that radar detectors are illegal in some states, so you should verify with your state laws that using one in your car is legal before purchasing one.

When shopping for radar detectors, you may become overwhelmed with the various price ranges and technologies. Prices range from from as low as $30 to several hundreds of dollars. The differences between cheaper radar detectors and more expensive ones is quite noticeable, so it’s definitely worth making a larger investment to benefit from the best results possible.

Here are a Few Things to Look For:

These are just a few features that you’ll want to look for when shopping for the best radar detector available. However, there are many other factors that can come into play when deciding on a radar detector.

Spending Big or Opting for a Cheaper Device

Deciding whether you should spend a large amount of money towards a fully-featured radar detector or opt for a cheaper, more basic device is a big decision to make. Obviously, you want the device to do its job, otherwise you’re just throwing money out the window. However, many cheaper radar detectors are fully capable of detecting radar guns. The issue is with the newer technologies. Laser radar detectors are not always detected by cheaper devices and this is one major reason to spend a little extra.

More expensive devices also come equipped with better features such as the ability to warn you about upcoming red light police camera and automatic speed detecting zones. For people who spend a lot of time on the road, spending a little extra money on a better quality radar detector is a must. However, if you simply travel on occasion and would like the convenience of a basic radar detector, a cheaper device could easily do the job.

Brand Names are the Way to Go

With so many different options available on the market, it’s easy to find no-name brands that create affordable radar detectors with almost all the available features. However, these unknown brands can often deliver lower quality features such as short detection distances, the inability to detect different types of radar guns and many other issues.

When choosing known brands, you can be sure that you’re getting high quality parts and features. Here are some of the very well known radar detector brands that you can trust.

At the top of our list is the Valentine One Radar Detector that delivers amazing results, accuracy and distance. While the price range is a little steeper than most choices, the Valentine One has easily set itself apart as one of the great radar detectors on the market. The X, K, Ka, and super wideband Ka detection allows you detect all types of radars including red light cameras and more.

With 360-degree detection, this radar detector is capable of detecting radar guns in all directions. With the additional Ku band detection, you won’t leave a single radar band undetected. The Valentine One Radar Detector also comes with a unique directional arrow that shows you the direction of the radar being detected.

With incredible accuracy and the ability to detect radars at extremely far distances, you won’t ever have to deal with another speeding ticket again. If you’re looking for the high quality radar detector on the market, you will definitely want to consider the Valentine One Radar Detector. 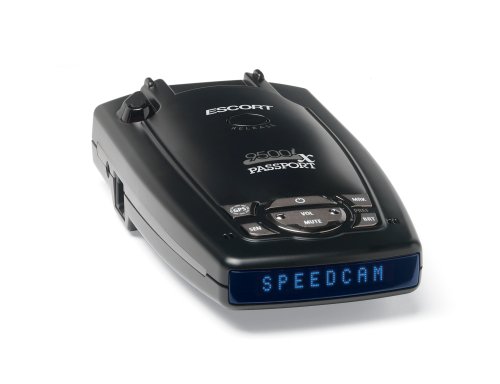 The Escort Passport 9500ix Radar/Laser Detector is another amazing option to choose from. This radar detector comes equipped with state of the art voice alerts to allow you to know exactly what to expect without having to take your eyes off the road. A high resolution display is also integrated so you can clearly see what’s going on.

The quick release windshield mount allows you to easily store this device in your car without it taking up much space. This radar detector has 360-degree detection as well as the ability to detect standard radar guns as well as laser guns. The Escort Passport 9500ix Radar/Laser Detector is equipped with tons of features and is incredibly accurate making it one of the best options on the market. 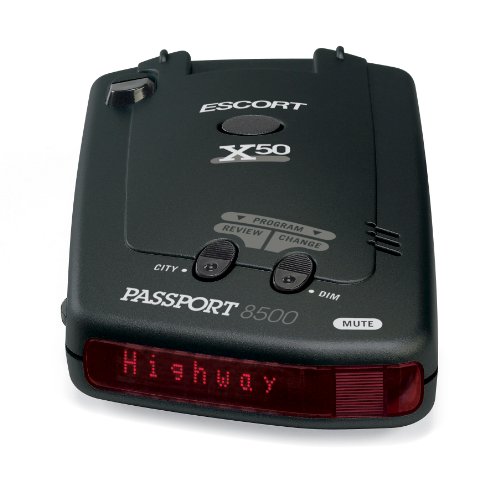 Another amazing option from the Escort brand is the Escort Passport 8500X50 Black Radar Detector, Red Display. This radar detector has 360-degree radar and laser detection so you can have full coverage and never miss out on a police officer. The AutoSensitivity mode allows you to prevent receiving false alarms.

The ultra bright display with red lettering allows you to easily see the screen whether you’re driving during the day or at night. With a high distance detection ability and an easy programming feature, the Escort Passport 8500X50 Black Radar Detector, Red Display is easily one of the best options currently available. 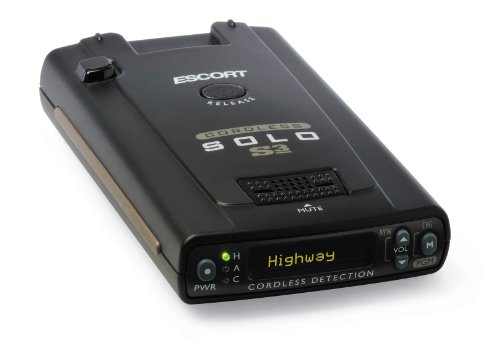 The Escort Solo S3 Cordless Radar Detector is another option that will allow you to avoid getting caught going over the speed limit. With standard and laser detection, you will get warned every time a police officer is point a radar fun in your direction. The high resolution display makes it simple for you to see what’s going on.

One of the key features of this radar detector is the cordless feature, which allows you to use this device with batteries or with the supplied power cord. The Escort Solo S3 Cordless Radar Detector is a great choice for anyone looking for a serious radar detector without having to spend top dollar. 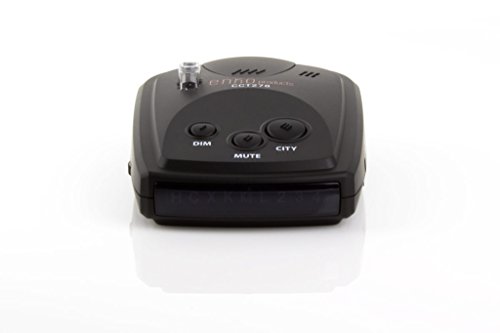 If you’re on a tighter budget and still want to benefits that radar detectors have to offer, then you’ll love the enKo Products Car Radar Laser Detector with 360 Degree Protection. This is one of the most affordable radar detectors, yet it still offers great features such as 360-degree detection as well as detection of X, K, Ka bands and laser signals.

By presenting a strength level, you can easily determine how far away the radar gun is to your current location. If you’re looking for an affordable radar detector that offers great accuracy, you’ll certainly want to consider the enKo Products Car Radar Laser Detector with 360 Degree Protection.