It is probably pointless to point out to somebody looking to buy a radar detector that breaking the speed limit is against the law. Even knowing it is illegal, many motorists still tend to “bend” the rules of the road to their own needs, and driving “just a little” over the speed limit is hardly a capital offense. However, buying your own detector can be a costly affair, and end up costing you more than you will save, so we will confine our search to the best radar detector under $200.

Those motorists who tend to speed on a regular basis will be aware of radar detectors and how useful they can be in avoiding speed cameras and traps and the associated fines.

Which Kind of Speed Detector Do You Need?

Note: There are other devices used in detecting speeding such as speed guns using ANPR or Piezo sensors or VASCAR technology but these are very rare. 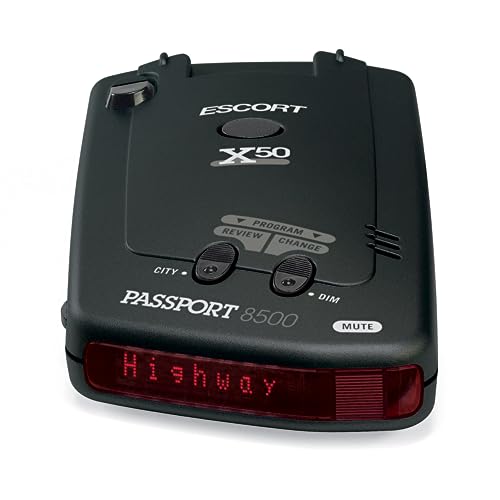 The Escort Passport 8500X50, usually called the X50 Black, is just about the perfect radar detector. Detecting both radar and laser speed cameras, has you covered in almost all eventualities. The X50 covers all the conventional frequencies used in speed cameras, the X band as well as K and Ka bands making it sensitive to most police cameras stationary or mobile.

The X50’s advanced DSP (digital signal processing) system gives all-around 360-degree coverage eliminating the possibility of the detector missing a signal from a speed gun and the V-tuned receiver gives one of the longest detection ranges of all radar detectors. Apart from doing everything you expect from a radar detector, the Passport 8500X50 also has in-built Traffic Sensor Rejection (TSR) software which reduces false readings and alarms to a minimum.

While all the aforementioned features may sound a bit complicated, the X50 is very simple to operate and customize. It must be, as even I had no trouble doing it using the EZ-Programming interface. Just to add a little icing to the cake, the X50 has brightness settings from dim, medium, or maximum to completely dark for night-time driving. A minor detail maybe but it all adds up to make the Escort Passport 8500X50 the best radar detector under $200 and certainly my personal favorite. 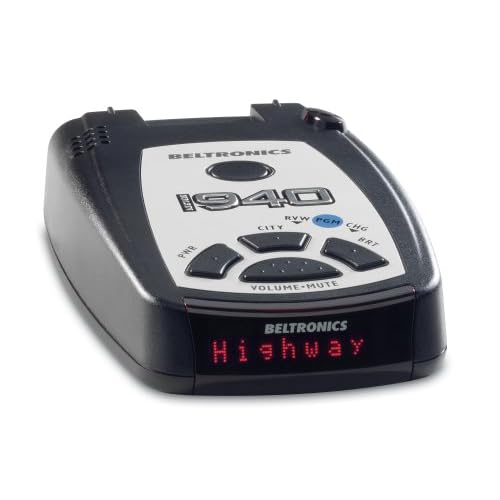 The Beltronics Vector V940 detects both radar and laser signals from fixed and static speed cameras. Giving full coverage across all the X, K, and Ka wavebands used in speed detection systems, the Vector V940 has a front and rear microwave receiver to detect incoming laser beams. This means you have 360-degree coverage from laser detection systems and the V940 also has an in-built Safety Warning System which will alert you to upcoming road works or potential safety hazards.

The DSP technology used covers all U.S. laser and radar frequencies and, in combination with multiple laser detectors, means the number of false alarms is significantly reduced while also giving a long-range warning of upcoming speed cameras.

What I really liked about the Vector 940 was its ease of use as all essential controls are situated on top of the device plus the LED display is bright, clear, and easy to read. The range of the Vector 940 is not quite as good as the Passport X50 but there is very little difference otherwise in terms of performance and the Vector 940 definitely gets the thumbs up from me. 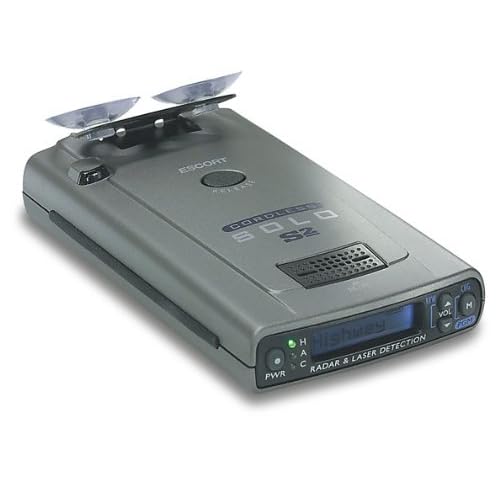 As with my top two choices, the Escort Solo S2 radar detector also covers the full spectrum of radar and laser frequencies used in speed detection cameras. The laser detector gives full 360-degree coverage and an Auto Sensitivity feature automatically screens out false readings and alarms. The Solo 2 is also simple to use and customize to your needs using EZ Programming.

Personally speaking, one of the best features of the Solo S2 is that it is cordless being powered by two AA batteries. No more wires cluttering up the dashboard as it’s just a case of inserting the batteries and sticking it on the windshield and you’re ready to roll.