Since the dawn of mankind, fire has been a highly-coveted resource. You can cook with it, scare predators away, and provide light to dark places! Humans have evolved much since then, and convenient devices such as butane torches have emerged on the scene.

There’s no doubting the advantages a butane torch poses for its user; from welding to cooking, these guys come in handy!

Today, we will be showing you how to find the best butane torch in addition to highlighting the top ten products in this category.

Picking the right torch isn’t always an easy task, but we’ve done all of the hard work for you.

Before we discuss some important buying points, let’s take a look at ten superb torches are worth your time and money.

What You Need to Know Before You Buy

The above torches are a lot to take in – let’s see what makes a butane torch the best butane torch, as far as various attributes and uses are concerned.

Our advice: the best butane torch is one that has an automatic ignition button. It’s simply more user-friendly!

Long story short – Pay attention to the specs of the product you’re thinking about purchasing. Don’t make any hasty decisions; you may end up with a butane torch the length of your arm! 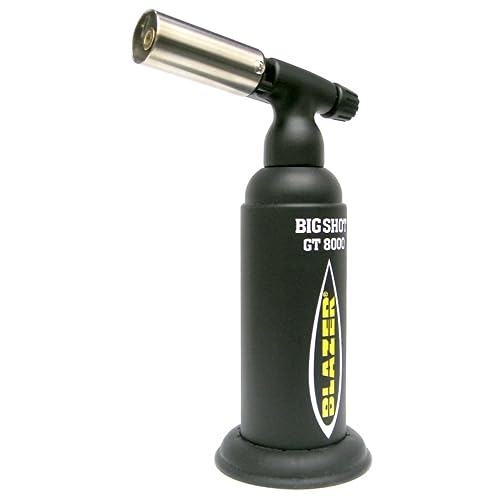 The Blazer Big Shot is an impressive butane torch that’s suited for a wide variety of purposes. Don’t let its weight (less than a pound) fool you! It’s ready to handle tough tasks that require a ton of heat and precision!

We just touched on this, but the Big Shot weighs less than a pound; this is an astounding feature of a torch that’s supposedly suited to tasks such as welding and soldering.

Just because it’s able to solder and weld, however, don’t think this powerful butane torch can’t exercise some control! You’ll be able to use it for finer applications, such as culinary arts and jewelry making.

Since it’s so small, the Blazer Big Shot is sensationally portable. It’s less than a pound in weight, and not very large. You’ll be able to take it with you practically anywhere.

For welders: Its maximum flame life is quite long – 35 minutes; this is on maximum power. The length of the flame is longer than 4 inches, making it powerful and wide. Regardless of whether you’re a welder or part-time solderer, don’t hesitate to make this butane torch a part of your tool collection! 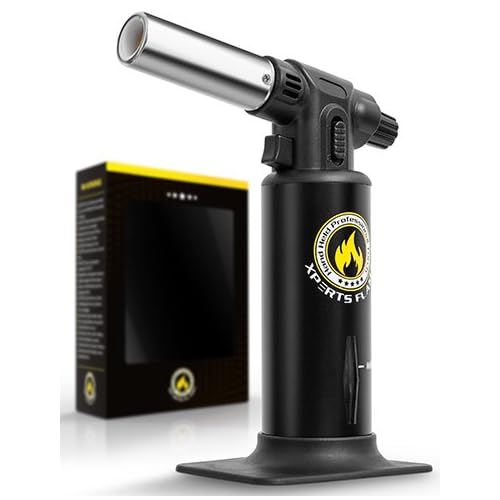 The XPERT’S FLAME Kitchen Torch is just that; it’s an expertly-designed butane torch for solely culinary purposes. While it may not be suited for tasks such as welding and soldering, it’s an amazing torch to own if you do a lot of grilling, searing, or other types of cooking.

While its lack of versatility certainly isn’t desirable, it can be used on a variety of fronts within the kitchen. Outside the kitchen, it’s a great tool to have if you’re in the wilderness! Portable torches such as the XPERT’S FLAME are great for use as survival devices.

It’s safe to use and conveniently designed; a handy gauge is present that shows you the level of butane you have in the torch; this will certainly save you some headache! 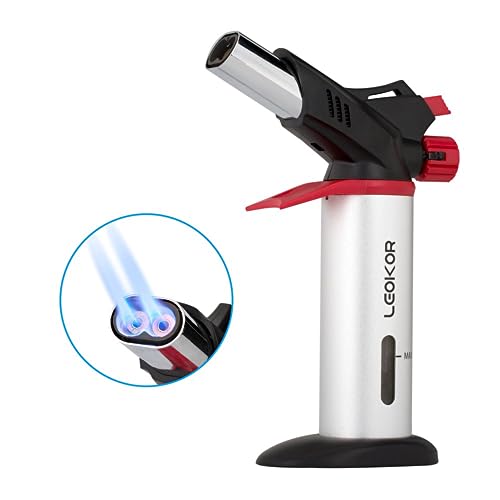 The LEOKOR Kitchen Torch is safe and easy to use. Although its primary use is for cooking, it’s great for that purpose. Let’s take a deeper look at what this torch has to offer!

It’s made from professional-grade metal and well-designed, built to be used for professional and amateur chefs alike. There’s also a window that indicates how much fuel is left in it.

You can count on total safety from this butane torch; a child safety lock is present. Don’t let your little ones be subject to dangerous and accidental burns!

On top of being well-designed, it’s very functional. You’ll be able to use it for whatever culinary needs you have. Whether you’re caramelizing onions or searing vegetables this torch has the power and precision to get the job done.

Although it’s not well-suited for other purposes, it’s great to use in the kitchen! Wish to have a remote-controlled car that is economical as well as trendy? This collection 10 RC Newbie Mistakes You Should Avoid

Ready to begin your RC journey? It’s never too late to start. Though the journey Looking for the best remote-controlled (RC) buggy to add to your stellar collection? Have a